THEY LIVE: OBEY - from the archives of Jaime Coker
<p>&quot;I loved the concept of homaging the Uncle Sam &ldquo;we want you&rdquo; recruitment poster...to incorporate the idea of submission to a greater power&rdquo; - Jaime Coker</p>
https://www.youtube.com/watch?v=8QOv7bykBeY
THEY LIVE: OBEY 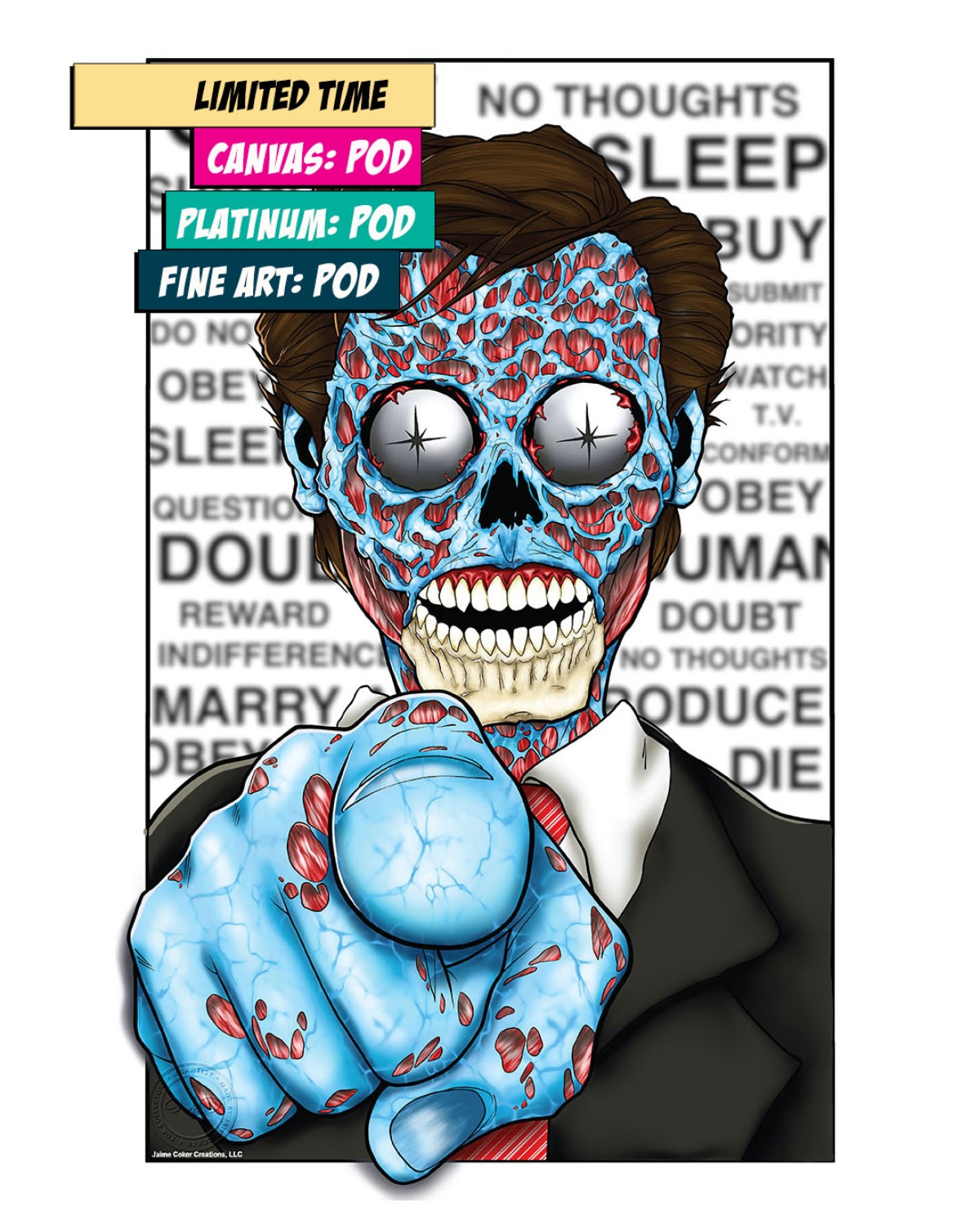 "I loved the concept of homaging the Uncle Sam “we want you” recruitment poster...to incorporate the idea of submission to a greater power” - Jaime Coker

From the archive of artist Jaime Coker, a poster inspired by the cult classic John Carpenter film “They Live” (1988) about how aliens use subliminal messaging in advertising to control humans.

A science-fiction action horror cult classic film, “They Live” (1988) was based on the 1963 short story "Eight O'Clock in the Morning" by Ray Nelson and was written and directed by John Carpenter. The story follows an unnamed drifter (played by actor and professional wrestler Roddy Piper), who discovers through special sunglasses that the ruling class are aliens concealing their appearance and manipulating people to spend money, breed, and accept the status quo with subliminal messages in mass media.

“I hope that someday they circle back and do a remake of this Roddy Piper classic. I loved the concept of homaging the Uncle Sam “we want you” recruitment poster. In the film, the aliens are all about use of subliminal messaging. I wanted to incorporate the idea of submission to a greater power. I actually got to give one to Keith David at Crypticon in Kansas City.” - Jaime Coker