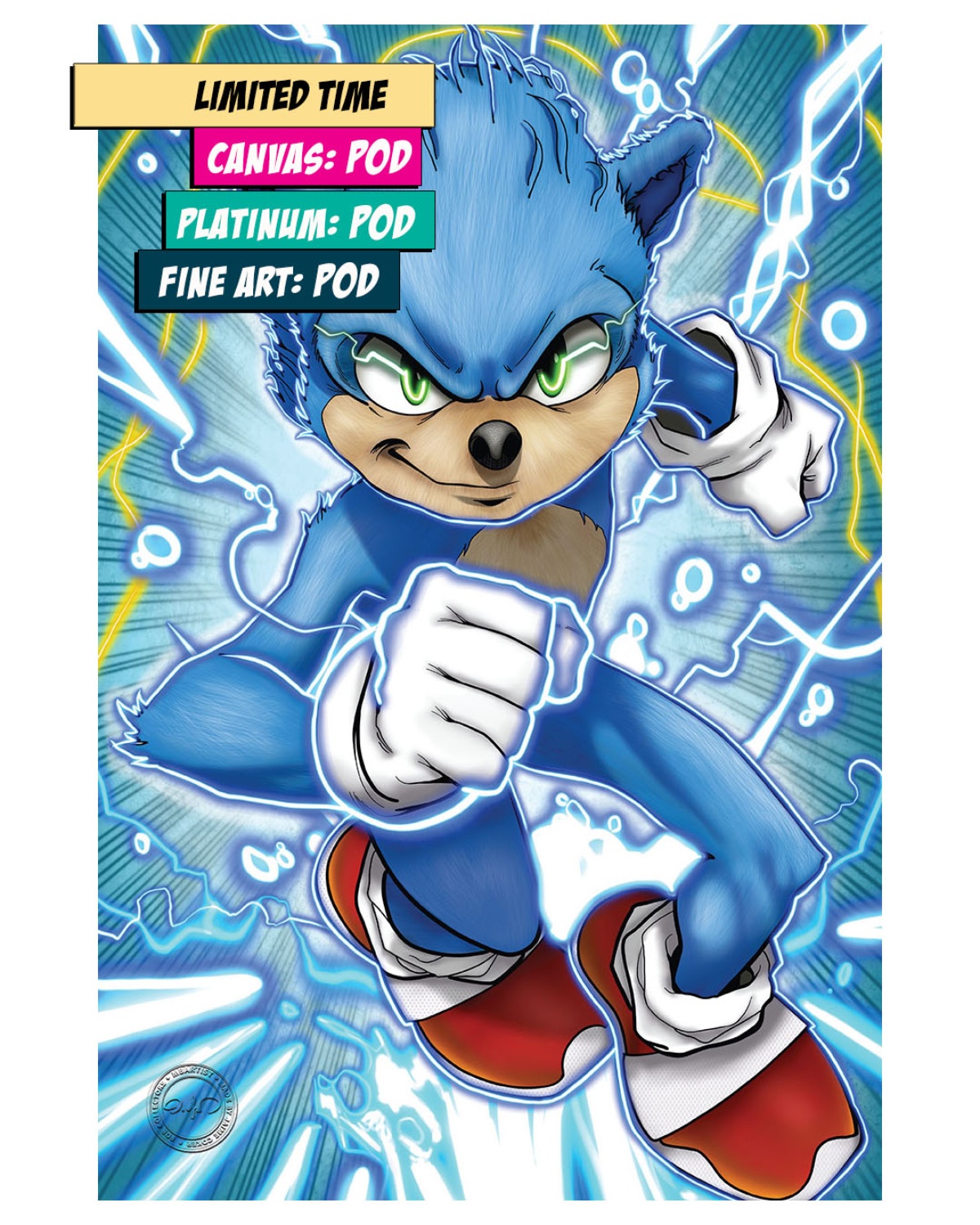 "I drew inspiration from comics, mainly the speed force from The Flash, and made it into an explosion of energy.” - Jaime Coker

From the archive of artist Jaime Coker, a poster featuring the video game hero Sonic The Hedgehog as a comic book speedster in the “speed force.”

Created by artist Naoto Ohshima and programmer Yuji Naka, the character “Sonic” the hedgehog was originally created to provide video game company Sega with a mascot to compete with Nintendo’s “Super Mario”. Originally released in 1991 as a video game character, Sonic has evolved to be included in popular comic book series, animated series, toy collections and a feature film.

“My video game library was pretty limited as a kid, but I loved Sonic. I couldn't’ play it for beans, but as the movie came out last year (2020) it brought it all back and I wanted to revisit that memory. I drew inspiration from comics, mainly the speed force from The Flash, and made it into an explosion of energy.” - Jaime Coker