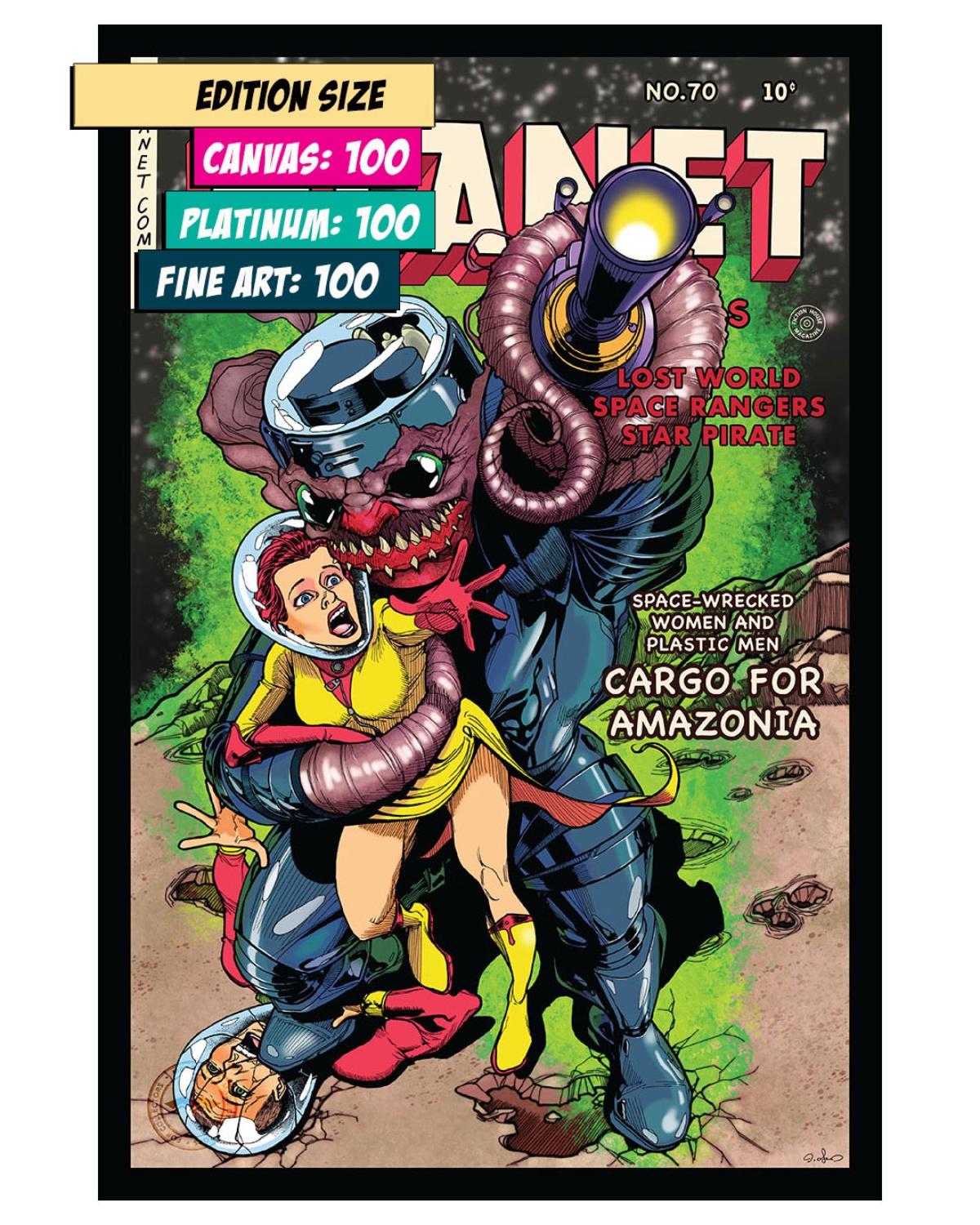 A property of Fiction House, the original atomic age, science fiction adventure book was published in 1953, with pencils and inks by Maurice Whitman. It was titled ‘Cargo for Amazonia’  though it was not directly connected to any one story inside..

Planet Comics volume one ran from 1940 to 1953, featuring an adventurous mix of science fiction stories taking place in other worlds, and across time and space. It inspired the imaginations of readers seeking to escape reality in favor of chasing opportunities to discover new worlds, battle horrible foes and save damsels in distress.

An early adopter of “good girl art,” Planet Comics’ covers often featured a beautiful woman with long bare legs being menaced by a frightful alien, monster or villain. On occasion, artists would reverse the formula and have the beautiful woman in the role of hero, racing to the aid of a male captive.

"When choosing a cover I knew I wanted something that would jump off the page. When I saw the alien abduction on issue #70 I saw an opportunity for my aesthetic of high drama, coming to get you! I imagined the alien going full bad guy, taking over the world and crushing the humans while his lady captive desperately fights to stop him, far more active than the damsel in the original cover.”. – Jaime Coker