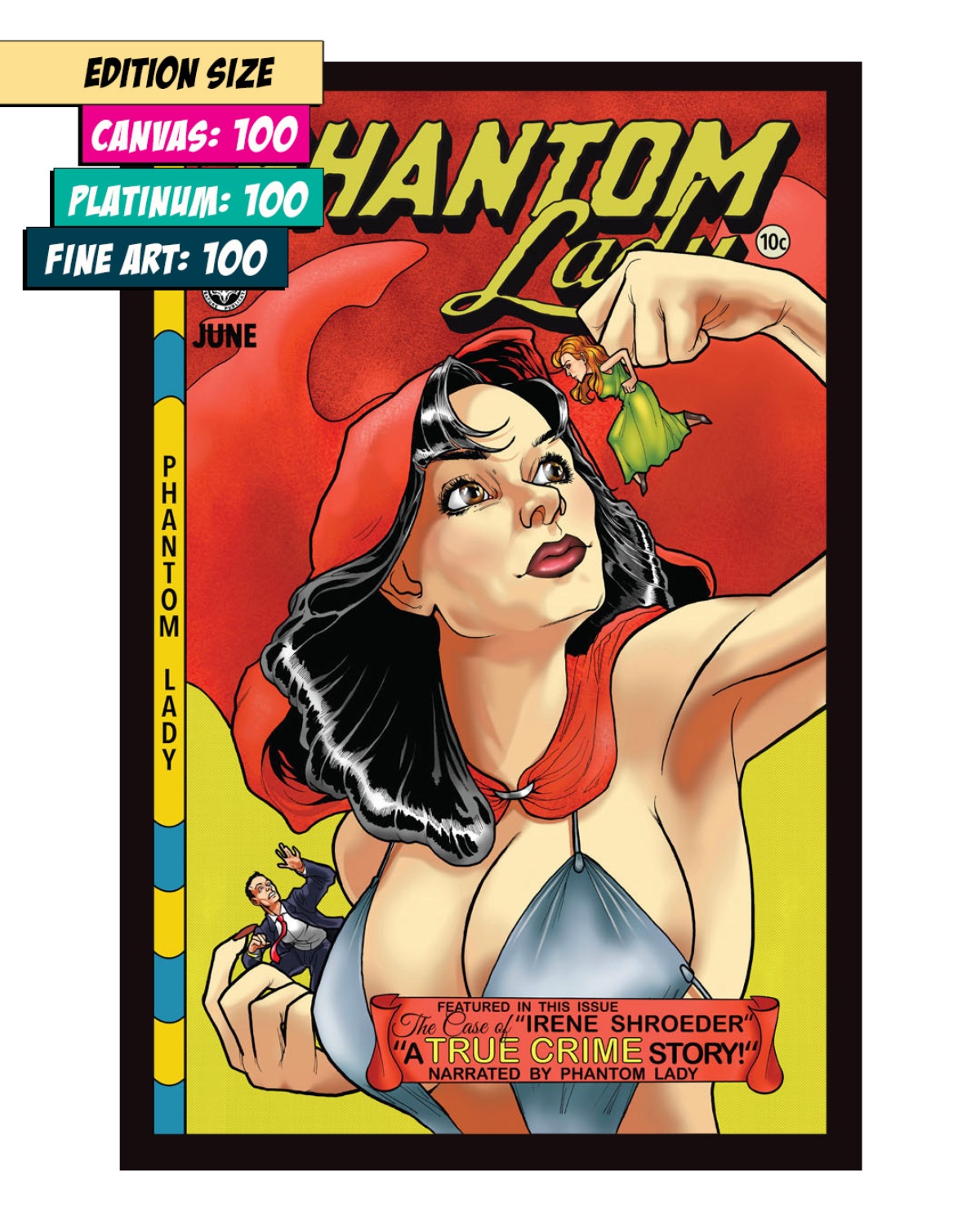 A property of Fox Feature Syndicate, the original crime drama book was published in June 1948, with pencils and inks by Matt Baker, untitled and unconnected to any one story inside. The image depicted Phantom Lady as a giant-size mediator between a man and a woman.

The female protagonist Sandra Knight is a Washington D.C. socialite and daughter to Senator Henry Knight. As heroic costumed alter ego Phantom Lady, Sandra Knight battles crime using her detective-like wit and fighting skills. She is aided by a specialty gadget, a blacklight ray that she uses to project darkness, blinding her foes and making her invisible.

After reading about the history of Phantom Lady and its significance in the culture, and discovering that the artist Matt Baker was one of the early African-Americans really breaking ground as a cover artist and storyteller, I really wanted to show my thanks for his work and the accomplishments of this title.

"The original cover looked to me like Phantom Lady was breaking up a fight, but without an emotional involvement. I wanted to add to the story with my cover, so I gave Sandra Knight a more judging look as she turns to the woman in her left hand, and a more terrified expression on the face of the man in her right hand. For coloring, I worked to stay true to the original with a little inspiration from ‘Rosie the Riveter’ in my use of layering and shadow." - Jaime Coker